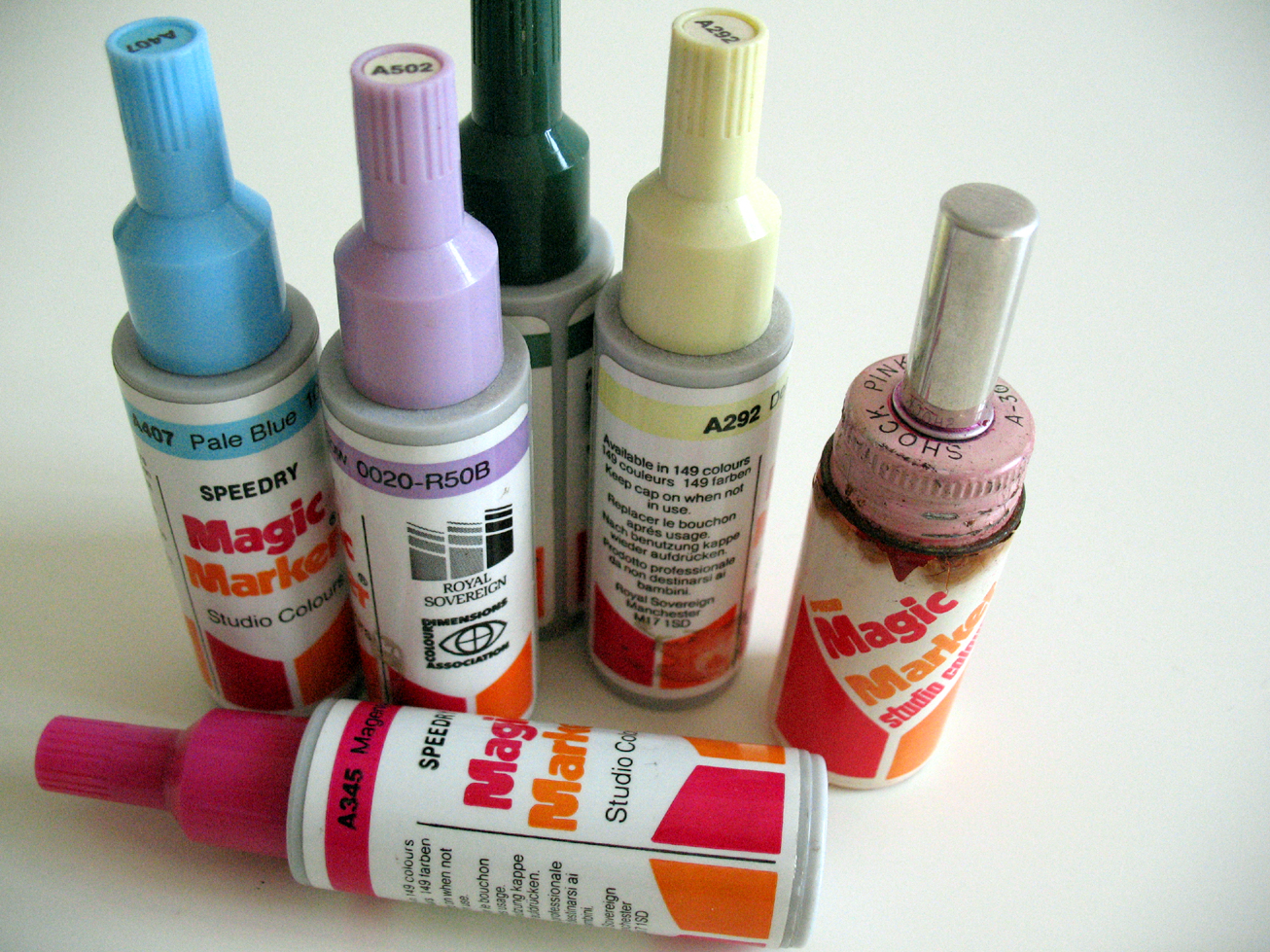 5) serial stories: ‘the Whitechapel Interlude‘ and ‘the Case of the Missing Fig Leaf‘

6) internet/21st C technology (have you looked around, at this post?!?! biggest un-deserved advantage to the marginally-talented since Magic Markers and cheap guitar amplifiers)

7) the Book of Secret Rules (aka the Secret Book of Rules) Giving us something to do with those great-smelling, brand new Magic Markers

9) * the most scottian of all holidays celebrated here in Oceania? Glad you asked! Here, reprinted from a post (better sit down)… nine years ago is what we had to say about the 4th of July:

Quick reminder about the Holiday tomorrow:  If you do not know that July 4th is one of the most scottian of holidays, then you need to write  in one of the Comment boxes below 50 times

“scotts love loud noises, it lets them believe they can have an effect on the world“.

So for you non-scotts reading this, three July 4th Survival Tips:

We hope that helps.

10) S.R. 1.3 [J]ust because the scotts are setting off explosions and drawing the rogers into a passion-nacre circles with sincerely innocent questions such as, “I value your opinion, is this bikini too small?” (err male scotts and scottianfemales), respectively…doesn’t mean you cannot cite further examples, provided sufficient documentation is produced…ibid. 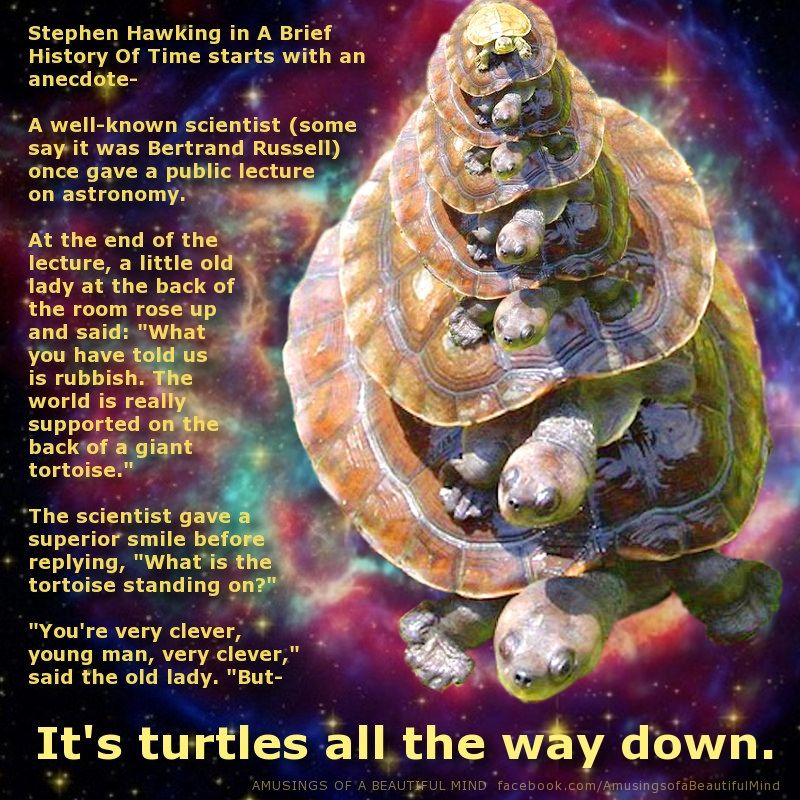 This is the Six Sentence Story bloghop.

Denise is the host, and informs us, the only hard and fast rule is the total number of sentences. Six.

Blame Ford for (his) recent Sixes, written in the key of creepy, combined with our own penchant for matchcover-academia, which left us spending far too much time reading up on ‘the Unreliable Narrator’. We trust we’ll get it out of our system straight-away and return to ‘the Whitechapel Interlude’ next week.

(No, the image at the top of this post has nothing, as far as I know, to do with the following Six. It was, just that, when I first came across it yesterday, I was all, “Where have I been, this story, I haven’t heard, already!”)

(Let’s see, last week we posted the next installment of ‘Anya Claireaux, P.I.‘, that means we need to continue our historical-fantasy serial, Eve’s Étude, how difficult can that be?)

Sister Abbott looked at the mound of homespun blankets, the shape of the body hard to distinguish, the bloodstains impossible; the memory of the terminal whimper of pain, earnest supplication to no avail, brought a smile to her lips. Like the endless subvocal howl of the birth of the cosmos, the echo of momentarily-sated hunger lightened her step and heighten her senses, now moving through the dust-cloaked streets of Tangier, alert for a certain sign on the pisé de terre wall at the dark end of Rue le Jour.

(Wait a minute… where’s the sense of the, hidden-in-plain-sight, atmosphere surrounding Abbott and her cohorts, maybe it’d help to have another caffeine cake and some water; too much time last night with The Rhetoric Book, seeking the secret of the Unreliable Narrator; still, there’s a disturbance in the Force, that makes all this feel…somehow, subversive.)

“Inspector Anselm, fancy meeting you here, in the Medina; we know you have him in one of Scotland Yard’s safe-houses, hand him over now and all concerned will fare better, well, except, of course, for the good Professor Egmont,” Sister Abbott, in an apparent nod to Islamic influences, wore a kirpan hung from a belt of amber beads, cinching the waist of an otherwise flowing robe.

(This is really not going anywhere, and I still haven’t plugged in the Prompt word, better check the dictionary, maybe get some inspiration,

adjective: (of one or more things) available as another possibility

noun: one of two or more available possibilities

Of clarks and attachments

(‘… on being an Outsider in a world of furniture with slipcovers and shelves of un-read books’.)

We all know that clarks, in the scheme of the Wakefield Doctrine, are the Outsiders. The term most-often misapplied is ‘introvert’. This does little justice to either personality type. In one case, it condemns the person to passive restraint, (in) the other, deprives them of an attribute that almost makes it it all worthwhile: genuine creativity.

That said, what sets the Wakefield Doctrine apart and, in turn, sets the bar so high for those who would take advantage of the value of the additional perspective it offers, is the notion of personal reality. When we talk about predominant worldviews, (of the Outsider(clarks), the Predator(scotts) and the Herd Member(rogers), we are talking about reality, as experienced by, (and limited as such to), the individual. (Note: nothing terribly original or shocking here. The notion of the ‘vivability'(lol) of subjective experience of the world has been thoroughly documented, (if not under-appreciated), by generations of experimental psychologists, aka rogers). (lol)

Seriously. The value of the principles of the Doctrine only begins to make itself available after you’ve accepted that the world, and the people who make it up, are subtly, (but significantly), different for everyone.

Which brings us to the other quality that sets the Wakefield Doctrine apart: everyone has the perfect personality type. For the characteristic reality/predominant worldview, they faced as a very, very, veriest young human. (Imagine, back to the world before language, consisting of motion and force, light and darkness, hunger and fear surrounded us.)

The point is, if you grew up and developed your social strategies, (aka personality type), in the personal reality of the Outsider, or the Predator or the Herd Member, you would fit the profile as defined in this personality system. (Lots more to this, including secondary and tertiary aspects, but need to get back to clarks). Suffice to say, the world you experience is real and your reactions and responses are appropriate.

What are we to make of the subtitle to today’s Post?

clarks are people who go through life making the inanimate live and the secretive submit to discovery, revealing what the investigator wants to learn.

We’re Outsiders. Our primary motivation is to learn what it is that, (nearly), everyone around us, from since before we remember, have been taught. The secret of being a real person, the formula for belonging.

(btw Pro-tip?  clarks are afraid of nothing but are ultimately fearful of scrutiny.)

The reason is simple. We can’t understand why it is we are Outsiders. We had no intention to be apart from the people around us. We just discovered it to be true. (Hint: remember that thing about personal reality? 99.99% of people don’t quite believe that this thing, personal reality, is real. Sure, they’ll allow, it’s real to the person as part of their belief/delusion, self-deception, but there’s only one reality, the real reality they’ve experience uninterupted. Unfortunately, this deprives them of the flat-out, super-power, of perspective. To know that the world can be many things.)

As a consolation prize and to keep us hoping that, if we don’t succeed in learning what everyone else has known since childhood, we are creative.

…maybe if we come up with something everyone wants, they’ll let us join them.

It occurred to me that there are a number of followers to the 2 Mile Run and associated blogs, who may not be familiar with the blog that accounts for them all, the Wakefield Doctrine. 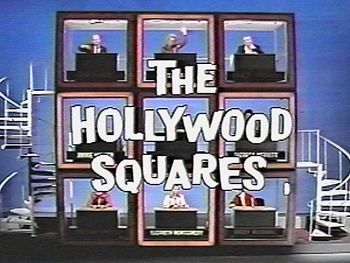 Hey, New Readers? Don’t hesitate to ask a question in the Comments, if something doesn’t seem to make sense in this (or any) Post. The others will be happy to help, if we do not get to address the question. (Bonus on this, though, as we do not hesitate to copy/paste comments that raise issues or frame perspectives in a novel way. And, how cool would that be?*)

And, before we start, allow us to state, unequivocally that there are no bad personality types, here at the Wakefield Doctrine. All three have strengths and they have weaknesses. But that is easy to accept, seeing how, underneath it all, the Wakefield Doctrine is predicated on the idea that we, all of us, are born with the potential to experience life from any of three perspectives:

Finding ourselfs in one of three, (and only one), reality, we develop our social styles, strategies of interacting and getting by in life among others. We learn to be clarks, scotts and rogers. (Bonus concept: if one accepts this premise, we are each possessed of the perfect personality type, given the reality in which we live.) And, triple bonus! We live in one of the three personal realities, but we do not lose the potential of the other two.

Damn, almost forgot! lol OK, didn’t almost forget. clark here, remember? But I saw a example of a manifestation of the rogerian worldview that has me wanting to rant two days later.

So, we’re channel surfing this Sunday. There was so much not worth watching that we paused on a high school academic contest-thing…. you know, like Jeopardy except the contestants, (teams of four from two schools), didn’t have to frame the answer in the form of a question.

Alright, we can live with that. Further, the contestants appeared on the screen in two grids, side-by-side. Sorta Hollywood Squares, except without Charles Nelson Reilly. Still good. So we watch. The moderator explains the way the score is tracked. We’re paying too much attention to listen, ’cause this game is based on information and, being a clark, we can’t wait to kick some adolescent, AP, 3.9 GPA butt.

Funny thing happens. We’re crushing them, (of course), and we notice that when the, ‘Time is Up!’ while most of the squares show a green border, some show red.

Wait a minute. We try to remember the explanation of the scoring. Luckily for us, there was a roger in the house.

… Multiple choice question is asked. Contestants enter their selection. Their respective square lights up green when they are correct… and. fricken. on. the. screen red when they are wrong! And, just so no one can escape…if they don’t answer at all, their cell, (the one they’re sitting in that their friends and their families and the kid that they hoped, seeing them on TV would be so impressed they might have a shot).. light up in grey. Grey!?#@?#?@ Grey’s not a color!!

New Readers? While we don’t have tests here at the Wakefield Doctrine we enjoy figuring out what the predominant worldview of a person is****

I need me a music vid to rinse the rant from my head.

* sure, we know some stuff about ya already, such as anyone who comes back and reads down to here is either a clark or has a significant secondary clarklike aspect.

** What? No, no one said that getting and understanding and employing the princioples of the Doctrine in our lifes will have you ripping the sheets off the bed to wear instead of street clothes and not needing shoes, ’cause the path we walk is smooth as child’s compliment.***

*** Well, gotta qualify this a little… we mean the intent, not necessarily the delivery.

**** and, for the record, no one can tell you which of the three you are, at least they cannot with any Doctrine-sanctioned authority